It is Sunday and it is time to see which song became music lovers’ favourite and an easy pick into the playlist. Once again, the new singles have managed to strike a chord with their listeners. This week, Jubin Nautiyal and Rochak Kohli’s Bewafa Tera Masoom Chehra has topped the list followed by Taaron Ke Shehar and Naach Meri Rani. So without much ado, let’s take a look at the trending tunes which have made it to the top 5 list.

Sung by Jubin Nautiyal, the music is by Rochak Kohli. The song features Karan Mehra, Ihana Dhillon and Amardeep Phogat. The video is directed by Navjit Buttar. 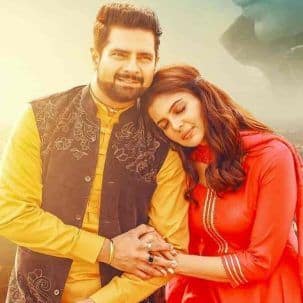 Sung by Neha Kakkar and Jubin Nautiyal, this song has been composed and penned by Jaani. It is one good romantic number.

A musical love story of a girl meeting a boy on a rainy night, featuring Divya Khosla Kumar, Pearl V Puri and Rohit Suchanti, has made a surprise entry to the list and landed on number three position. The song is sung by Darshan Raval and Neha Kakkar and penned by Kumaar. The music is by Manan Bhardwaj.

Anurag Basu on letting Govinda go from Jagga Jasoos: I couldn’t have taken that stress

Sunil Grover is busy comedian in ‘The Kapil Sharma Show’

Driving license is not required to drive this electric bike, it runs so many kilometers on a single charge