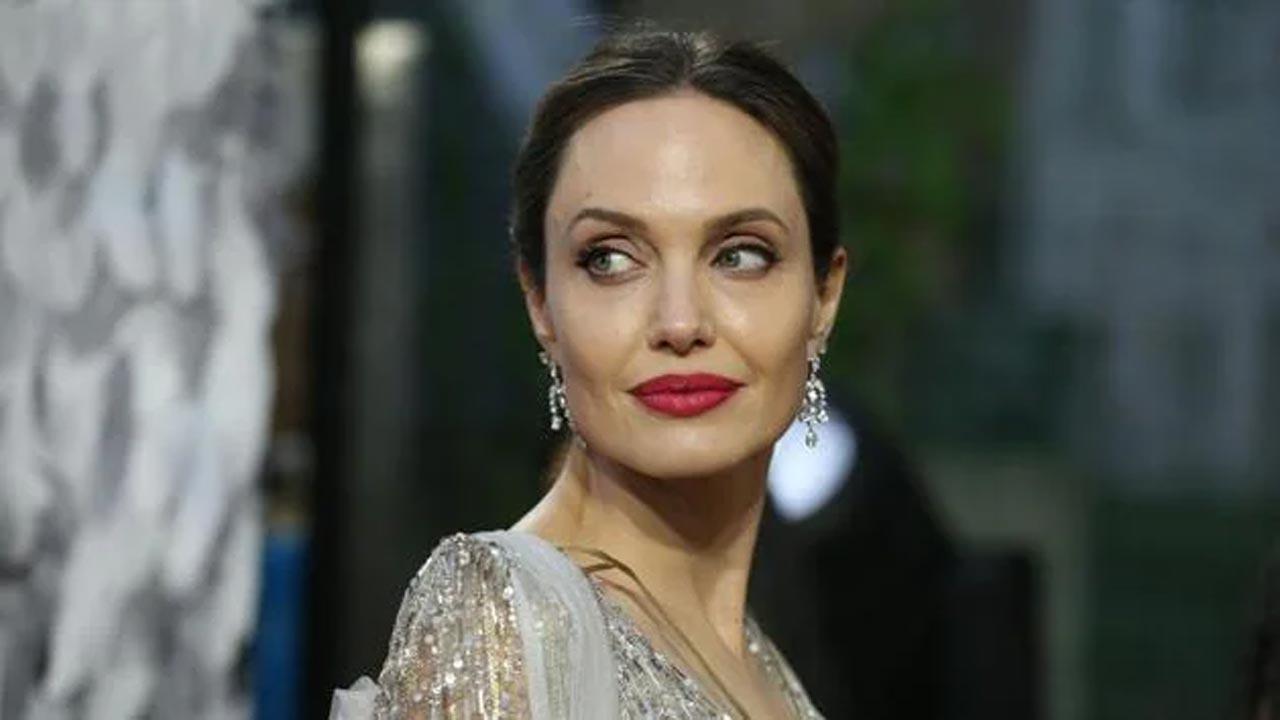 Hollywood star Angelina Jolie has revealed that she once “fought” with her former husband Brad Pitt for working with disgraced movie mogul Harvey Weinstein. Jolie recently opened up her life and experience during an interview with The Guardian in support of her new book, “Know Your Rights and Claim Them: A Guide for Youth”. Written in partnership with child rights lawyer Geraldine Van Bueren QC and Amnesty International, the book is dedicated to ensuring the rights of children around the world. During the interview, Jolie was asked about her experience of being disrespected in Hollywood.

“Well, no surprise, Harvey Weinstein. I worked with him when I was young,” she said. Jolie was 21 when she featured in “Playing By Heart”, the 1988 movie executive produced by Weinstein. In 2017, the producer was accused by numerous women of sexual assault and misconduct. Following the multiple accusations, Weinstein was fired by his own company. He is currently in prison after a New York jury convicted him for the rape and sexual assault of two women. Jolie had previously said in a New York Times piece that she had a “bad experience”.

“If you get yourself out of the room, you think he attempted but didn`t, right? The truth is that the attempt and the experience of the attempt is an assault,” the Oscar-winning actor said in the new interview. “It was beyond a pass. It was something I had to escape. I stayed away and warned people about him. I remember telling Jonny (Lee Miller), my first husband, who was great about it, to spread the word to other guys ¿ don`t let girls go alone with him,” she added. Jolie revealed that she was offered to star in Martin Scorsese`s 2004 movie “The Aviator” but she declined as Weinstein was involved in the project.

“I was asked to do `The Aviator`, but I said no because he was involved. I never associated or worked with him again. It was hard for me when Brad did,” she said. Jolie and Pitt started dating soon after they worked on the 2005 movie “Mr and Mrs Smith”. The couple got married in 2014 but in 2016, Jolie filed for divorce, which was finalised in 2019. Pitt`s 2009 film “Inglourious Basterds” was distributed and co-financed by the Weinstein Company. Jolie alleged in the interview that against her wishes, Pitt approached Weinstein to produce his 2012 film “Killing Them Softly”. The Weinstein Company ended up distributing the film. “We fought about it. Of course it hurt,” the actor said. In a 2017 report by The New York Times that led to the downfall of Weinstein in Hollywood, actor Gwyneth Paltrow had said she was sexually harassed by him. Paltrow had revealed that she told Pitt, her then boyfriend, about the incident and he later confronted Weinstein.