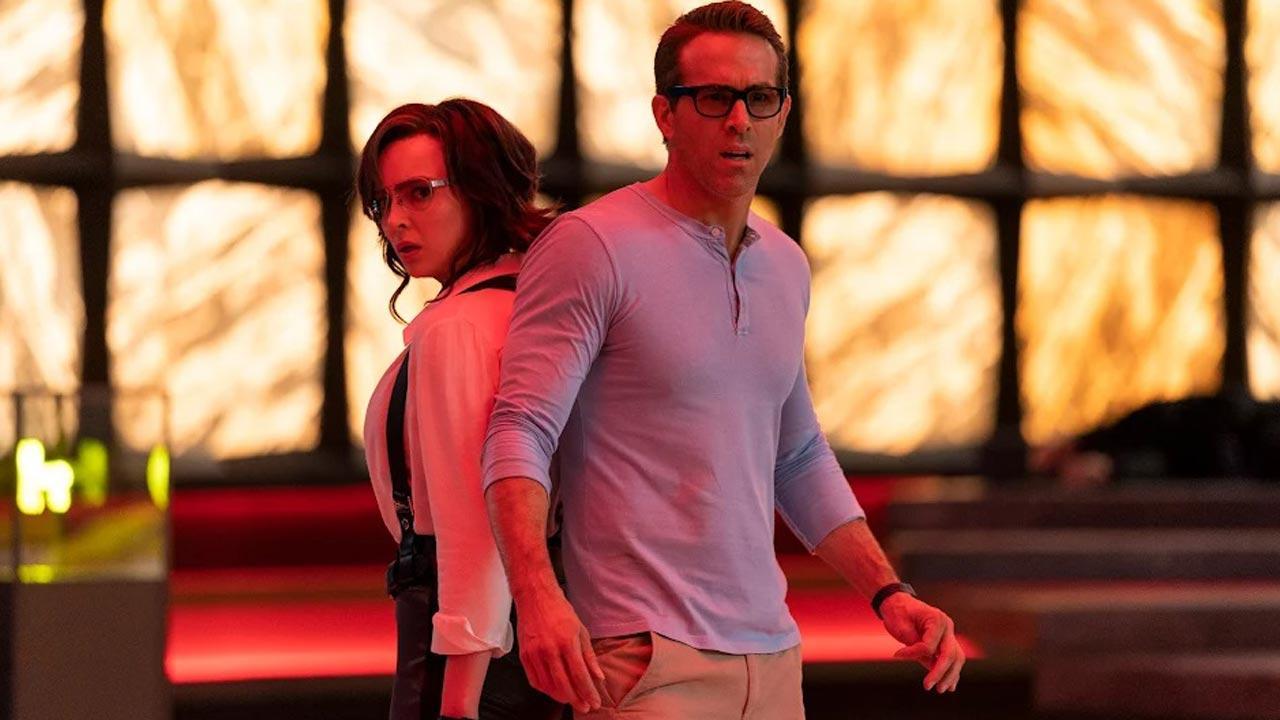 There’s no restricting hi-tech imaginaries in this galloping world of technologically evolved cinema. The narrative of ‘Free Guy’ spread-eagles across media within and outside the internet/gaming framework, introducing us to a bank teller called Guy (Ryan Reynolds) who comes to realise he is a mere background character in a hugely successful open world video game, Free City, that will soon go offline for new-fangled sequel versions.

Guy is imminently likeable, shares wisecracks with his best pal, Buddy (Lil Rel Howery), wears the same outfit every day, orders the same coffee, utters the same dialogue and goes to work at the same bank which gets robbed multiple times a day by actual players in this game. It’s not for him to care… until he spots real player Molotov Girl (Jodie Comer), falls head-over-heels, breaks his pattern and follows her out of the game. As he goes from the imagined to the real, he grabs a pair of sunglasses that reveal what the actual players see – missions, medikits, hubs, and all other things familiar to modern gamers. The best thing here is that the film has real world gamers and streamers like Ninja, Pokimane, and DanTDM in cameos, doing their bit to liven things up. Guy’s breaking away, makes him hugely popular and the fact that the AI is now working independent of the game puts publisher Antwan (Taika Waititi) in a fix.

Molotov Girl is game designer Millie, who believes she was cheated by creative and coding partner Keys (Joe Keery) and hence is on a mission to find evidence of the sabotage led by publisher Antwan with Mouser (Utkarsh Ambudkar) as his programming lackey.

Gimmicky, gamey and overactive, ‘Free Guy’ is eager to please and is engaging and fun for most of its runtime. There’s so much going on with repetitive routines and replayed segments with multiple outcomes that it feels like the narrative is going around in circles. The action is clean and the underlying theme highlights the importance of individuality but the focus on irreverence and fun shifts to a sort of toonish villainy that plays out in tedious fashion.

Director Shawn Levy sets a brisk pace while stacking up the entertainment quotient all through the first 60 odd minutes. But the pace begins to slacken after that with efforts to resuscitate popularity bringing the playful effervescence to a schematic lull. It’s quite clear that the narrative design wanted to marry The Matrix with Ready Player One. But what comes from it does not distinguish itself, rather it feels like an imitation.  The unique features here though, are the actual gaming and pop culture references, gamer cameos and the fair realisation of a complex concept. Ryan Reynolds’ flippant frivolity and appeal, the smartly engineered screenplay, expensive and vividly rendered tech elements, make this an experience that’s hard to ignore!