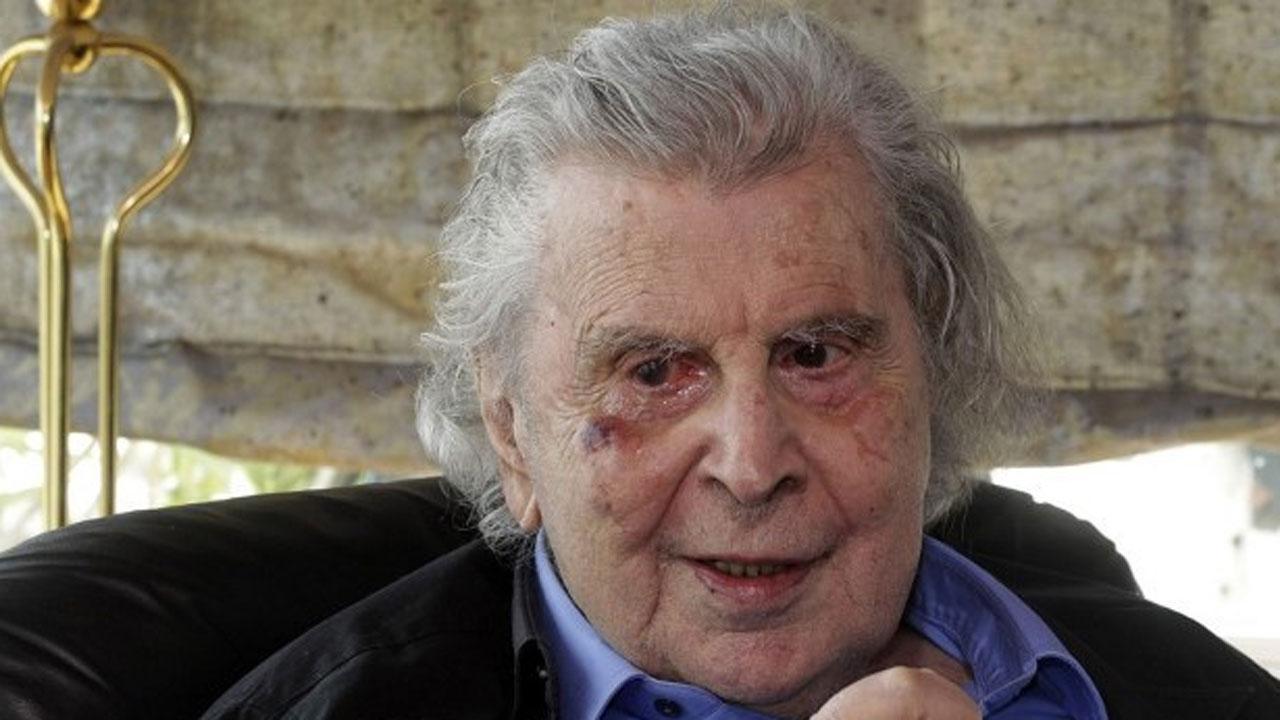 The Greek flag was lowered to half-staff at the Acropolis as three days of national mourning were declared. Theodorakis` death at his home in central Athens on Thursday was announced on state television and followed multiple hospitalisations in recent years, mostly for heart treatment.

Theodorakis had a prolific career that began at the age of 17. As a composer he began in earnest, as he worked in a huge range of genres from film scores and ballet music to operas, as well as chamber music, ancient Greek tragedies and Greek folk, setting the work of leading poets to music, including Spain`s Federico Garcia Lorca and the Greek Nobel laureate Odysseas Elytis.

A music series based on poems written by Nazi concentration camp survivor Iakovos Kambanellis, `The Ballad of Mauthausen`, described the horrors of camp life and the Holocaust.

But it was the Oscar-winning film adaptation of Nikos Kazantzakis` `Zorba the Greek` in 1964, and the slow-to-frenetic title score by Theodorakis that made him a household name. The movie starring Anthony Quinn, Alan Bates, and Irene Pappas picked up three Academy Awards.

Fans of his music were as varied as his work. `The Beatles` sang a cover of his song and he was awarded the Lenin Peace Prize by the Soviet Union.

But the towering man with trademark worker suits, hoarse voice, and wavy hair also is remembered by Greeks for his stubborn opposition to post-war regimes that persecuted him and outlawed his music.

“I had the honour of knowing him for many years and his advice has always been valuable to me, especially concerning the unity of our people and overcoming divisions,” Mitsotakis wrote.”The best way to honour him, a global Greek, is to live by that message. Mikis is our history.”

Born Michail Theodorakis on the eastern Aegean island of Chios on July 29, 1925, he was exposed to music and politics from a young age.

Theodorakis began writing music and poetry in his teens, just as Greece entered World War II. During the war, he was arrested by the country`s Italian and German occupiers for his involvement in Left-wing resistance groups.