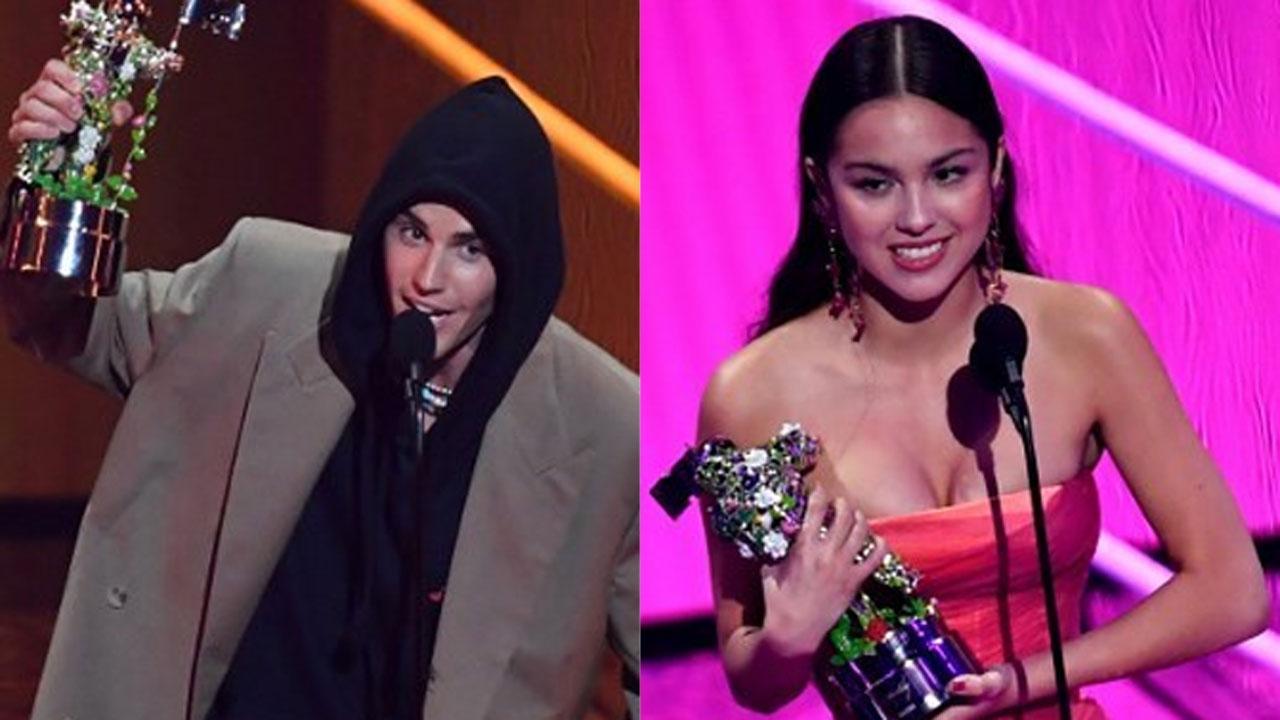 Lil Nas X`s `Montero` took home video of the year award at the MTV Video Music Awards 2021, held at Barclays Center in Brooklyn here on Sunday for the first time in eight years.

Olivia Rodrigo, 18, took the song of the year award for `Drivers License`.” She also became the fifth-youngest best new artist winner to date at the VMAs. Bieber was just 16 when he won in 2010. Avril Lavigne, Austin Mahone, and Billie Eilish were each 17 when they won. The Kid LAROI, who MTV revealed was this year`s runner-up, is also 18. Rodrigo also won push performance of the year, again edging out The Kid LAROI.

Bieber won artist of the year. He`s the first male winner in the category since Ed Sheeran, who was the inaugural winner four years ago. Bieber also won the best pop award for `Peaches`.

Korean boy band BTS `Butter` won the best K-pop award. BTS has won that award in all three years it has been presented. They won last year for `On` and two years ago for `Boy with Luv`. BTS also won group of the year for the third year in a row. They are the first group to win in that category three years running. `Butter` also won song of summer. This is the second year in a row that a K-pop act has won in that category. Blackpink won last year for `How You Like That`.

Eilish`s `Your Power` was a surprise winner for video for good, beating, among others, H.E.R.`s Oscar-winning `Fight for You`. Eilish also won best Latin for `Lo Vas A Olvidar`, a collab with Latin superstar Rosalia. It`s Rosalia`s second win in the category. She took the award two years ago for `Con Altura`, a collab with J Balvin.

Beyonce`s `Brown Skin Girl` won the best cinematography award. Queen Bey didn`t do the cinematography, but at the VMAs, artists share in the technical awards. This is her 29th VMA, which extends her record as the artist with the most awards. Madonna is a distant second, with 20 awards.

Foo Fighters were the inaugural winner of the global icon award, which the VMAs imported from the EMAs, the MTV European Music Awards. This is a year of recognition for the veteran band, which will be inducted into the Rock and Roll Hall of Fame later this year.

Machine Gun Kelly won the best alternative for the second year in a row. He took the award this year for `my ex`s best friend`. He won last year for `Bloody Valentine`. MGK is the only the second act to win back-to-back awards for the best alternative. The first was Nirvana, which managed a three-peat from 1992-94 with `Smells Like Teen Spirit`, `In Bloom` and `Heart-Shaped Box`. The category went on a 20-year hiatus from 1999-2019, according to Billboard.com.