She understood the assignment 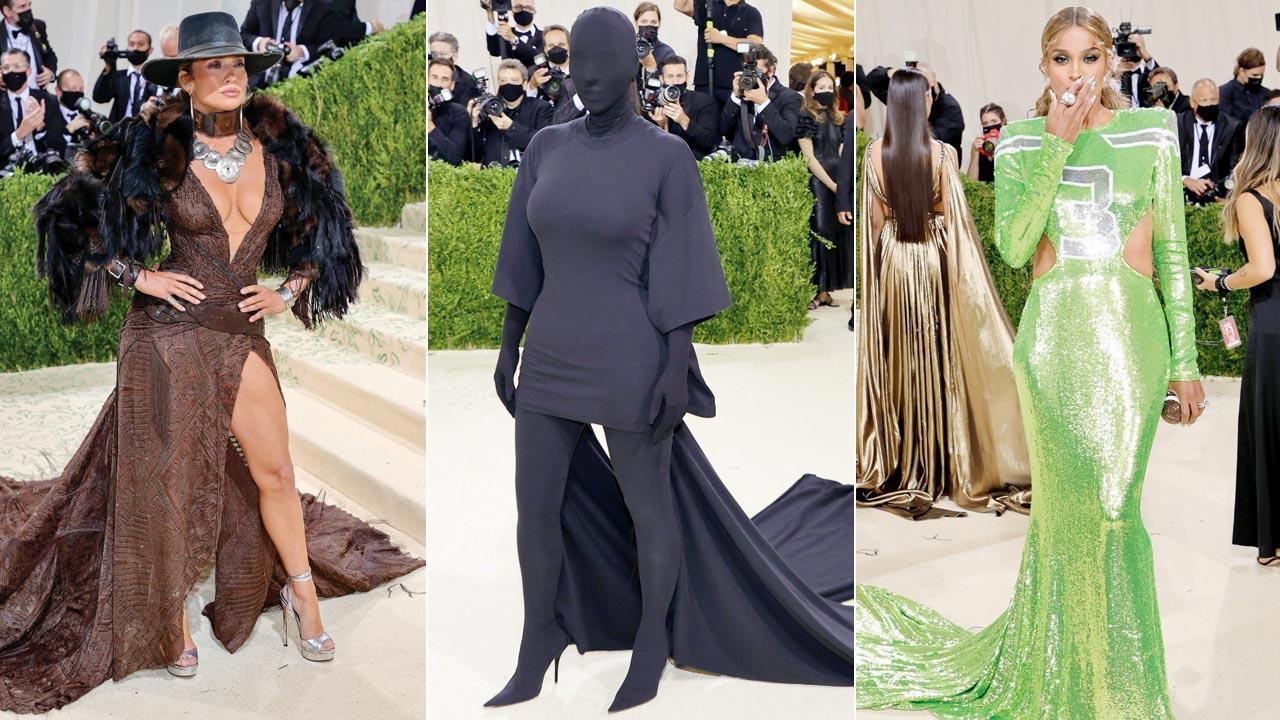 Oh, to be a wallflower at this event.

Scene 1: Brightest stars from music, fashion, cinema, Internet and politics, all dressed in one huge patriotic salute to American Independence in line with the event’s diversity theme. And just in case that was insufficient to complete the divine stars-and-stripes dream, reports state that the visitors were greeted by a red, white and blue silk sash emblazoned with the question: “Who gets to be American?” borrowed from the 2019 runway show by the designer Prabal Gurung of Nepalese heritage.

Trust in Emily Blunt, the Brit actor who won the assignment, not with politics but by sheer ferocity of nostalgia. Her Miu Miu gown made in a million micro crystals referenced Hedy Lamarr in 1940’s Hollywood film Ziegfeld Girl. Miranda Priestly would definitely hint a smile in approval for Emily; Remember Rihanna’s past Met looks; a runny omelette dress, her pope costume? Turning the phrase, fashionably late inside out, the pop diva was the final celebrity to arrive on the red carpet, wearing a black overcoat with exaggerated ruffles and matching hat by Balenciaga; Ella Emhoff

Cut to scene 2: A crowd of protesters tearing through the streets in T-shirts and slacks, vests and shorts, rallying for racial justice. That’s being American too.
Inside, on the blessed red-carpeted steps, Kim Kardashian rallied too, dressed in a shapely black shroud — the only logical explanation we could gather behind her twinning ensemble with Demna Gvasalia of Balenciaga. See how fashion loves to position itself as problem solvers. Using their fav human mannequins, the celebrities, to create a kind of brand Americana mania and deliver the emotion it promises. That beautiful beast called American fashion, which is as much a tangible product as a vague quintessence for emotion and experience.

Welcome to the Costume Institute’s highly anticipated two-part Met Gala blockbuster held in New York City. Also mentioned as fashion’s Oscar night closely tracked by not just its natives but across the whole wide world. The co-chairs for the evening — all under 25, all Gen Z club members — Billie Eilish, Amanda Gorman, Timothée Chalamet and Naomi Osaka understood the sartorial brief.

The Ocean Eyes singer went straight for the iconic Marilyn Monroe-esque dirty blonde bob worn with a nude Oscar de la Renta gown; the US national youth poet laureate Gorman told the Guardian that she felt like “Cinderella going to the ball” dressed in a Vera Wang royal blue gown embedded with crystals symbolic of a “reimagined Statue of Liberty”; tennis superstar Osaka, also a newly minted brand ambassador of Louis Vuitton wore Louis Vuitton, of course, but styled her look honouring her Haitian and Japanese roots. The only boy in the gang of girls, Chalamet revisited Laurie in a Haider Ackerman high-neck tuxedo jacket, and also brought his own game by pairing it with sweatpants and Converse sneakers.

We understood the front and rear of sartorial politicking by representative Alexandria Ocasio-Cortez’s choice of white dress by Brother Vellies, with ‘Tax the Rich’ written in red across the back; supermodel Cara Delevingne in a rugby chest protector-inspired vest by Christian Dior with Peg the Patriarchy written across the front; professional soccer player, Megan Rapinoe in a practical blue and red pantsuit, her clutch inscribed with a declaration: In Gay We Trust.

But we didn’t have luck understanding the cast member of reprised Gossip Girl, Evan Mock’s attire of punk black mask with spikes — vintage Thom Browne, or singer Frank Ocean carrying a neon green mop on his head and a green doll in his arm.

Pictures joined together didn’t quite signify any one thing about American fashion, but rather inchoate expressions of the most personal kind pushed to the limit of ambiguity and in Kardashian’s case — total blackout.

If you still don’t “understand the assignment”, blame it on fashion, will you?