On CCTV, 2 Delhi Men Brutally Attacked With Rocks Over Rs 3,000, One Dead 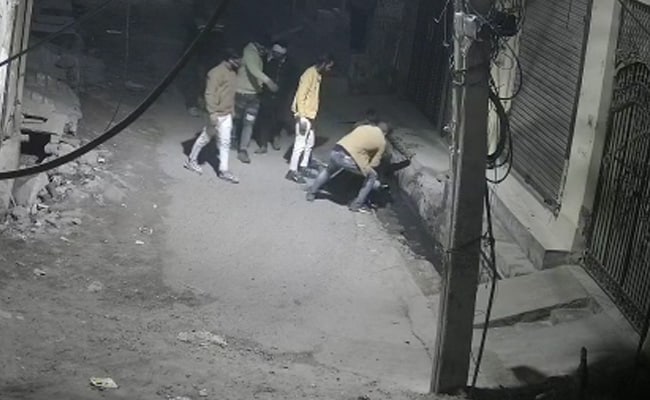 Sangam Vihar murder: One of the victims died during treatment.

Two men were brutally assaulted in Delhi on the night of December 20 while returning from a birthday party. A CCTV video footage of the incident shows a group of men attacking the victims physically, thrashing them with large rocks, and dragging them into a nearby drain. The incident happened in the Sangam Vihar area of the national capital late at night on Monday. One of the victims has died and the other has been severely injured.

Investigations revealed that two men Pankaj and Jatin who were returning from a birthday party around 2 am were stopped by some men who demanded that they hand over everything to them. When the victims asked why they should do it, the attackers started attacking them. They robbed the victims of Rs 3,000 and fled.

The police have arrested an accused Ramzan who is a resident of Sangam Vihar. An FIR under sections 394 and 34 of the IPC have been registered and the police are looking for the other accused.

Jatin, one of the victims, died during treatment.