Pics: Not A Train Station, This Is Delhi Airport Under Omicron Rules

Waiting up to 8 hours in a crowded space and shelling out Rs 3,500 in case you need a rapid COVID-19 test – that’s the cost many are paying for flying into Delhi from abroad under the new rules aimed at stemming the spread of Covid’s Omicron variant.

Narrating the ordeal, a passenger said people are having to spend up to two hours in queue to get themselves tested. 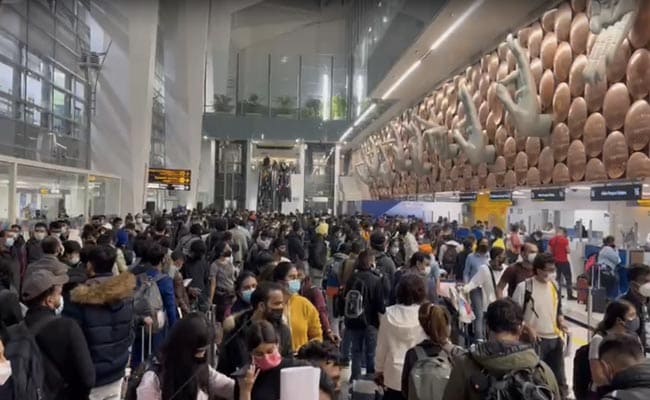 Visuals from the international flights terminal showed long queues of masked-up passengers waiting to get tested with no sign of physical distancing, with some of them describing the airport as a “hotspot”.

There are two options to get tested – passengers can pay Rs 3,500 for a Rapid PCR test in which the result comes within 2 hours; the alternative is taking a regular RT-PCR test for Rs 500 and spending 6-8 hours waiting for the result. 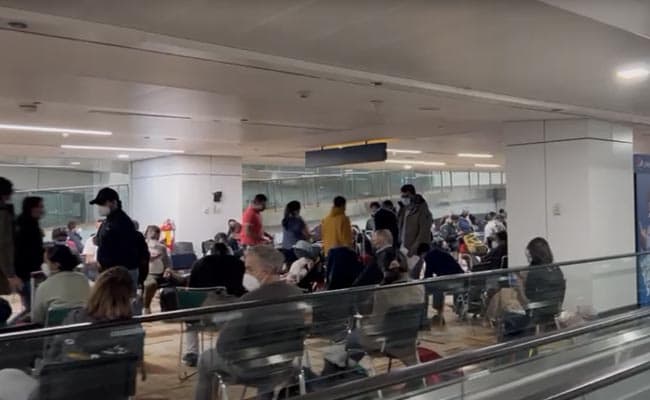 The long waiting time for the regular RT-PCR test result, especially after a long flight, makes the first option a natural choice, despite the high cost.

That’s not all. Add to this a wait of up to two hours at the immigration desks, also crowded.

Despite the long wait and the high costs, there are questions regarding how effectively the surveillance norms are being implemented. 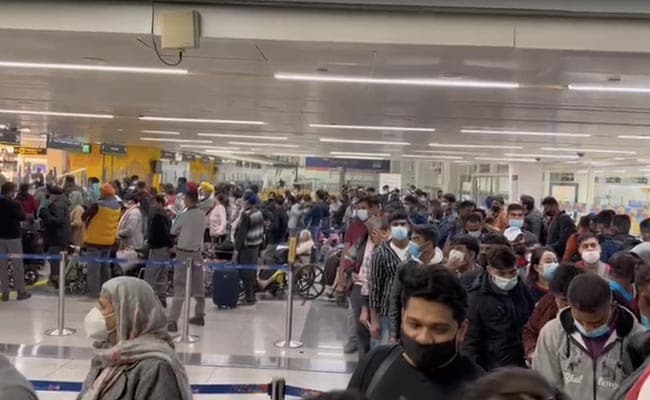 While the passenger’s boarding pass has a seven-day home quarantine stamp, no phone calls or any other form of follow-up has been made in the past 24 hours.

The Delhi airport authorities yesterday announced that 20 dedicated counters have been opened for passengers who pre-book their Rapid PCR or RT-PCR tests before flying in.

They will save the time taken for registration and will proceed directly for testing, they said.