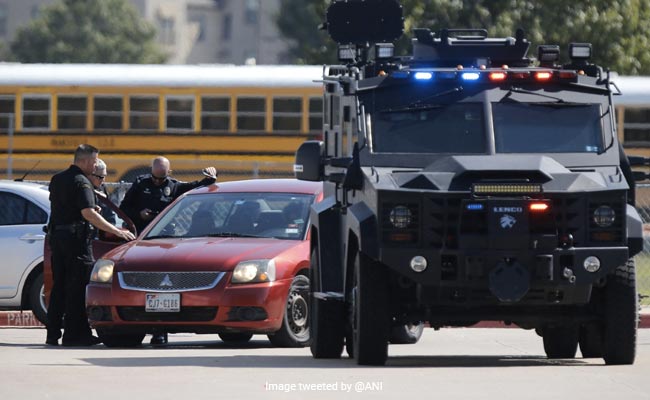 TikTok said it was investigating, though it appeared to distance itself from the video (Representational)

The FBI said that it was investigating an apparent school shooting threat on the popular social media platform TikTok as schools across the country sent alerts to parents Friday.

School districts and law enforcement downplayed the credibility of videos discussing a “school shooting challenge” which circulated on TikTok and other media claiming there would be multiple school gun attacks and bombings around the country on Friday.

TikTok said there was no single video making a threat, but instead others that discussed it as a rumor.

But many schools sent out notices to parents, as the ostensible threat came less than three weeks after the latest mass shooting in a US high school left four students dead in Oxford, Michigan.

“There is information circulating that today may be a day of attacks on schools. Administration and DC Police are very aware of this and on close watch,” a message sent to parents by a school in Takoma Park in Washington said.

The Pennsbury School District in Pennsylvania told parents that there would be an increased police presence around school buildings even though they “do not believe the threat to be credible.”

TikTok said it was investigating, but said what it found were videos discussing the alleged threat on its platform, rather than any direct threat.

“We’ve exhaustively searched for content that promotes violence at schools today, but have still found nothing. What we find are videos discussing this rumor and warning others to stay safe,” it said.

“Local authorities, the FBI, and DHS have confirmed there’s no credible threat, so we’re working to remove alarmist warnings that violate our misinformation policy,” it said.

“If we did find promotion of violence on our platform, we’d remove and report it to law enforcement.”

The Federal Bureau of Investigation said it was examining the threat.

“The FBI takes all potential threats seriously. We regularly work with our law enforcement partners to determine the credibility of any threats,” it said in a statement.

TikTok, one of the most popular social media services with school-aged children, has already come under fire for allowing the posting of short videos challenging people to risky, damaging and illegal acts.

Earlier this year the viral “Devious Licks” challenge video encouraged students to vandalize bathrooms at schools and make copycat TikTok videos of it.

That led to numerous cases of mostly very minor destruction of school property around the country.

At the time TikTok said it was taking action to remove videos and minimize their spread “to discourage such behavior.”

The Everytown for Gun Safety group has tallied at least 149 school shootings so far this year, with 32 deaths and 94 injuries.

“A national TikTok challenge promotes school shootings on December 17. Gun violence is not a subject for jokes or pranks. All threats need to be taken seriously,” they said in a statement.